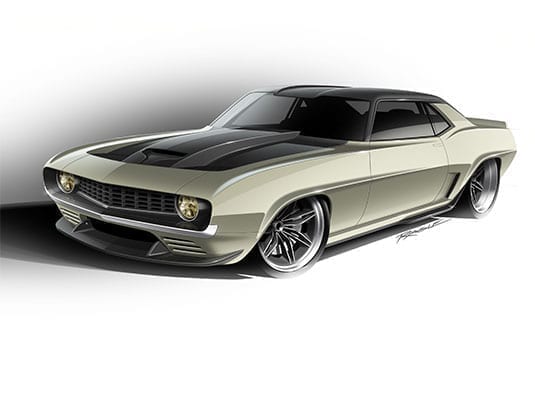 BASF Refinish Automotive Coatings has announced that its 2019 SEMA booth will feature something or other of interest for visitors, whether they are collision shop owners, car enthusiasts or aspiring artists.

The latest builds from some of the industry’s most talented icons will be on display at the BASF booth. The company will also be providing collision repair shops with solutions aimed at helping them drive their business operations in the changing marketplace.

On display at BASF’s booth will be the following four unique vehicle builds:

All the four vehicles will be showcased on November 5, at 9:30 am.

KC Mathieu, Richard Petty, Rinbrothers, Ralph Holguin from RMD Garage, Bogi Lateiner from Bogi’s Garage and Classic Car Studio will be present at BASF’s booth at various times on various days to sign autographs for visitors as part of the company’s meet-and-greet sessions.

The fifth annual Glasurit Best Paint Award will be presented at the BASF booth at 9:30 am on November 7 by Chip Foose of Foose Design. All vehicles submitted at SEMA 2019 that are coated in Glasurit 22 Line, 55 Line or 90 Line products, including primer, basecoat and clearcoat, will be judged by Foose for selecting the winner.

On November 8 at 2 pm, all BASF builders will gather at the booth to participate in “BASF Family Hot Seat”, which is a twisted version of “The Match Game”. The hilarious event will be hosted by Bogi Lateiner. Jonathan Goolsby, KC Mathieu, Mike and Jim Ring, and many other BASF builders will try to guess the answers of their teammates being grilled in the hot seat.

Besides the fun activities, BASF will be presenting demos every day at its booth on its new OEM Toolbox and eLearning platform. The company’s agenda will also cover OEM certifications and technician education at the event.