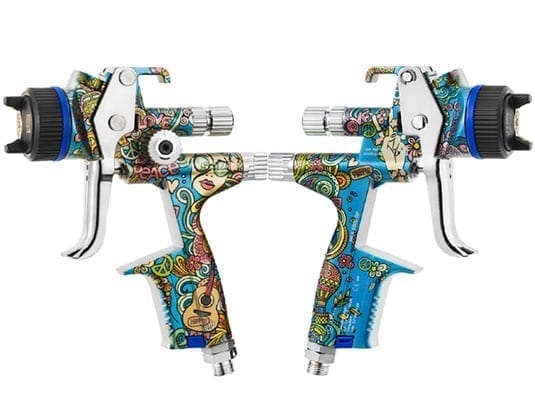 In 1969, fifty years ago, the legendary Woodstock Music Festival was held where hippies adorned with flowers danced and celebrated. The motto of the “Summer of Love” was “Peace, Love and Music”. SATA, understanding the cultural significance of the era, has released the special spray gun to commemorate the Woodstock Music Festival on its fiftieth anniversary.

The SATAjet X 5500 Hippie spray gun features colourful motifs that are reminiscent of the unique movement. As stated by SATA, the gun is completely functional and can be used by refinish technicians regularly in the spray booth. SATA calls for interested parties to reserve their Special Edition spray gun immediately. This is a time-limited promotion, with the gun being available with SATA dealers from November 5 until stocks last. SATA is offering the gun in non-digital and digital versions, in HVLP and RP technologies (select nozzle sizes).