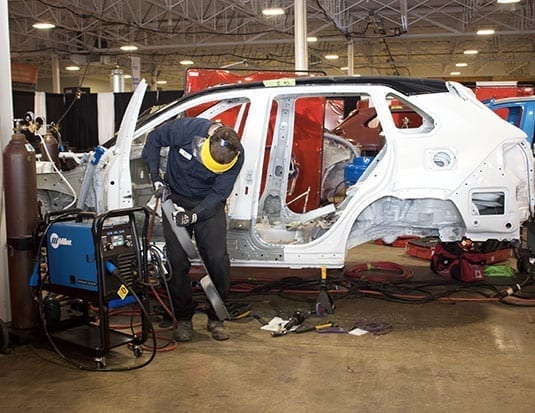 About 445 competitors gathered to compete in their particular trade skills event in different regions of Saskatchewan and Regina April 12-13, 2019.

Huge crowds followed the competitors at their events and praised their favourites! Also on hand were various sponsor partners who erected booths at the events in order to ask any questions directed at them re their particular trade and work.

In the Autobody Repair Post-Secondary section, Gold went to Borden Yliola while the Silver was presented to Chris Jurkiewicz.

A great turnout for the Province who have several winners on their way to the Nationals in Halifax later this month.