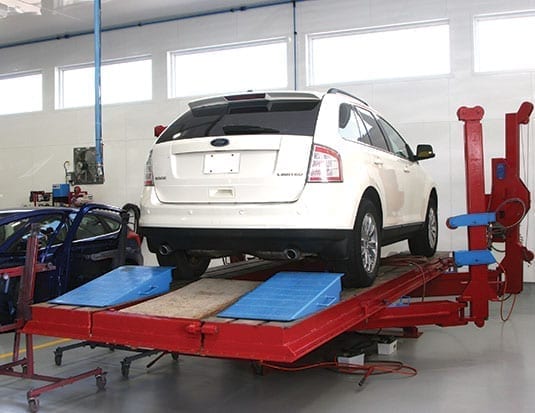 Why is certifying or accrediting collision repair facilities such a difficult issue?

Currently, there are 19 different accreditation and certification programs in use at collision shops that we’ve counted. And that’s just in Ontario.

They range from the inspected, audited programs to those that just exist as a name on a wall plaque. Sometimes, not even that.

Additionally, we’ve also seen shops being ticketed or fined because their staff don’t meet minimum provincial trade competency standards. There are also shops that have called our office looking to meet accreditation standards AFTER they were already accepted as accredited and had paid their accreditation fees. There are also shops that haven’t taken the actual training classes required or have signed up for OEM programs but aren’t able to acquire the necessary repair and diagnostic equipment.

Shop accreditation appears to be, in many cases, confusing and frustrating for the consumer who is under the impression that the shop has met specific repair standards, only to find out they have not.

It’s also confusing for shop owners. Many of the banner collision centres in Canada will tell you that purchasing equipment, handling training and accreditation standards are still no guarantee of increased business and with an ROI that may not be properly realized.

Ask some shops that have spent thousands on aluminum rooms and equipment whether they have been able to achieve good payback on that expense, and there are genuine concerns about ROI.

Now, to be fair, some accredited shops are impressive with the superior level of competence they show as professionals, and they honour our trade.

There are others, unfortunately, that want to be accredited but do not want to do any of the work to get there. Data from OEMrepairinfo.ca and other information portals shows only about 30% of shops are in fact using OEM data. OEMs complain that many of their approved shops have never contacted them to actually look for OEM repair data. So how do we fix this problem?

Back in 2002, Ontario came up with a solution in the shape of an industry-led coalition on repair standards. This initiative set a minimum level of shop standards in the Collision Repair Standards Act and was designed to be enforced by the government with fines for those that didn’t meet the minimum standards.

The legislation was passed but unfortunately, no regulations were written. Insurers were onside, but some industry groups complained that insurers should not be involved and that the image of the industry was not being addressed.

In 2019, what is needed is a similar Designated Administrative Authority (DAA), or essentially a self-managed organization that can accredit shops, set minimum standards, inspect and assure legal compliance with provincial requirements.

Those shops that meet the standard for the type of work they do would then be allowed to be paid by insurers for their work. For example, shops that do not provide auto refinishing work would not need to meet the spray booth requirements in a standard but then could not be paid by an insurer for paint services.

Some consumers, having watched some unusual TV reporting, incorrectly think that many shops perform improper work or have dubious repair methods and the anticipation would be that those shops (labelled “Chase” shops due to their tow truck involvement) would also be able to be monitored to these standards to improve their business activities or face the loss of insurance claims funding.