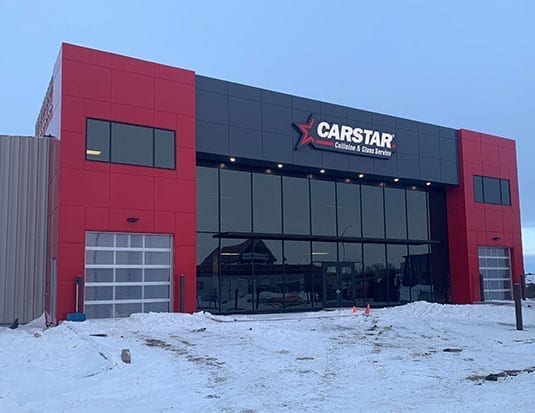 CARSTAR has announced the launch of its massive state-of-the-art facility in Airdrie, Alberta.

The new facility is located at 124 Gateway Drive NE, Airdrie, Alberta. The MK Group, one of Alberta’s largest multi-store owner groups, say it is thrilled to celebrate this latest addition. Owned by Mark Kharfan, the MK Group takes pride in its eight location and hopes to make its mark in Airdrie with this store.

“The addition of this premier facility helps our team extend their expert repair services to the Airdrie community,” says Mark Kharfan, owner, CARSTAR Airdrie. “Having served the Calgary area since 2000 with our first store in Okotoks, we saw the difference we could make and have worked tirelessly since then to grow our operations to better serve the areas we work and live in.”

“One of our longstanding and driven multi-store owners, Mark Kharfan, has grown tremendously since he initially joined CARSTAR nearly 20 years ago,” says Mike Piper, Western Canada Zone Director, CARSTAR. “It is no surprise that the MK Group has ended up where it is today, as they have an unwavering commitment to providing premier customer experiences and repair services, which is exemplified by this remarkable new store.”

Keeping with the CARSTAR tradition, the MK Group believes in giving back to its friends, families and communities, organizing events such as a Soap Box Derby and food bank donations, as well as supporting local hockey teams. The group also actively involves itself in the annual Soaps It Up car wash in support of CARSTAR’s charity of choice, Cystic Fibrosis Canada. Additionally, it helps in valuable fundraising activities to drive cystic fibrosis research, care and advocacy.