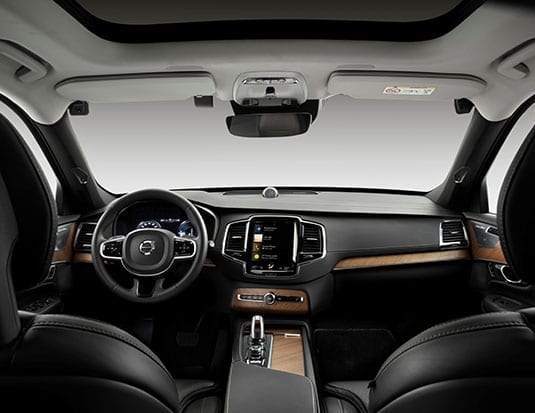 Volvo Cars announced a new plan to tackle the issues of intoxication and distraction, in a move to end fatalities in its cars.

Speeding, intoxication and distraction are key areas of concern for traffic safety today. Volvo Cars intends to target these ‘gaps’ in its vision of a future with no fatalities. The company plans to focus on human behaviour in its safety work to address these concerns.

Volvo Cars intends to address intoxication and distraction issues through the installation of in-car cameras and other sensors. Besides monitoring the driver, these devices can allow the car to intervene when an intoxicated or distracted driver fails to respond to warning signals and is at risk of entering into an accident.

The intervention strategy planned involves limiting the car’s speed, sending an alert on Volvo on Call assistance service and eventually slowing the vehicle down and parking it safely.

“When it comes to safety, our aim is to avoid accidents altogether rather than limit the impact when an accident is imminent and unavoidable,” says Henrik Green, Senior Vice President, Research & Development at Volvo Cars. “In this case, cameras will monitor for behaviour that may lead to serious injury or death.”

A complete lack of steering input for extended periods of time, drivers with their eyes closed or off the road for long periods of time, extreme weaving across lanes, and excessively slow reaction times are some examples of such behaviour.

Volvo intends to introduce cameras on all its models in the early 2020s on its next generation of scalable SPA2 vehicle platform. It is yet to release details regarding the exact number of cameras and their positions in the interior of the vehicles.

In order to send a strong message on the risks of speeding, the company has already announced that it will be limiting the top speed on all its cars to 180 kph from model year 2021.

The company hopes to have a discussion on whether car makers have the right or obligation to install technology in cars that influence their drivers’ behaviour. It believes that car makers can take active responsibility in promoting better driver behaviour through capping of maximum speed and installation of in-car cameras.

Additionally, Volvo Cars has also unveiled the Care Key. This mechanism will allow Volvo drivers to limit the maximum speed on all cars, from model year 2021, before lending their car to others.

Volvo Cars today also revealed the Care Key, which allows Volvo drivers to impose limitations on the car’s top speed on all cars from model year 2021, before lending their car to others.

Volvo ultimate goal is to support safer driving through the existing driver assistance systems, the Care Key, the monitoring cameras and the speed limit.