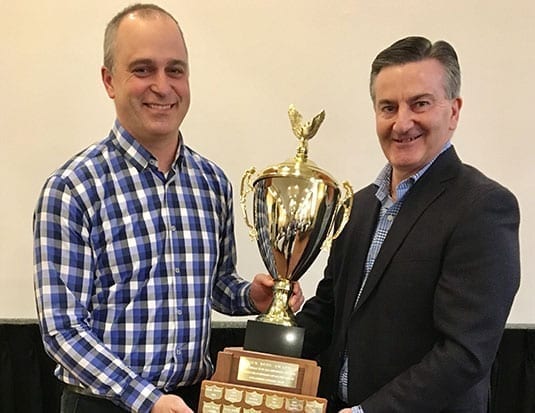 Jacob has been a part of the automotive aftermarket industry for 15 years this coming April. He is recognized for his exceptional service and commitment within his territory to the industry throughout his career. He has been yielding positive results consistently over the years, earning him the honour of winning the Rick Berg Award.

In a release by the company, 3M says that Jacob’s actions and efforts have demonstrated professionalism both to the industry and customers, but also within the 3M team. He is seen as a true team player with the ability to assist his peers and offer valuable input to the leadership team. Besides being knowledgeable about the challenges in the aftermarket, he constantly strives to find ways to help customers be effective and efficient in their operations.

3M’s Rick Berg Award is named after a former business leader of the company who passed away in 2010. It is presented annually to the sales representative of the company who demonstrates the highest level of performance and sales professionalism in the Automotive Aftermarket Division. 3M gives the award to a sales leader that exhibits strong ethics and leads by example with passion and energy.