Hot Rods and Customs Gear Up for Barrett-Jackson 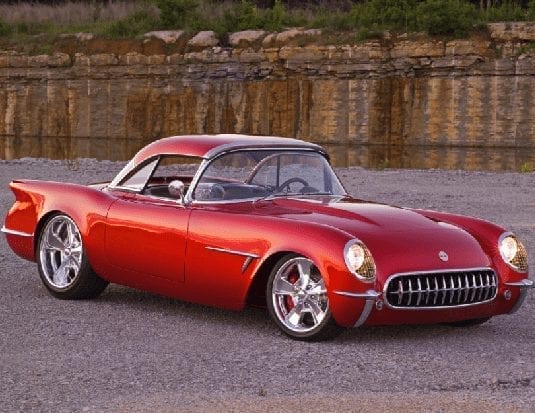 Custom cars and hot rods can be great ways for talented body shop staff to show off their creativity and skills.

At Barrett-Jackson’s 2019 Scottsdale Auction, January 12-20, professionally built hot rods and customs are set to be a big draw.

“Over the past several years, demand for professionally built hot rods and Resto-Mods has grown exponentially among collectors,” said Craig Jackson, Chairman and CEO of Barrett-Jackson. “Not only do these incredible machines offer the nostalgia of classic marques, but they feature the modern luxuries and technologies we’ve come to expect from cars today. In Scottsdale, we’ll have an incredible selection of ʼ30s, ʼ40s and ʼ50s era cars and trucks that became the canvas for many of these custom builds. Any one of these vehicles would make an ideal addition to a collection.”

Hot rods and Resto-Mods scheduled to cross Barrett-Jackson’s Scottsdale Auction block include “X-Box,” a ’55 Chevrolet 210 Sedan custom with modern underpinnings. Utilizing a Max-G Art Morrison chassis, this shoebox Chevy is part of the Bryan Frank Collection and is the product of over 100 modifications made over 6,000 hours.

Another car expected to draw keen buyer interest is “Transitions” a ’54 Corvette built by Larry Griffey’s Hot Rods & Restorations. Transitions was built as a tribute to the original GM Concept Corvette displayed at the 1954 GM Motorama. Built over six years, Transitions debuted at the 2017 Detroit Autorama and has received numerous awards.

Other hot rods included in Barrett-Jackson’s January auction include:

“Barrett-Jackson has been a pioneer in the hot rod and Resto-Mod market for over a decade,” said Steve Davis, President of Barrett-Jackson. “We did that, in part, by shining a light on the unbelievable craftsmanship and talent being invested in these customs and hot rods. Enormous amounts of time and finances are poured into these works of art by some of the most skilled builders of our time. I’m confident these vehicles will be appreciated for their build quality and genuine artistry for decades to come.”