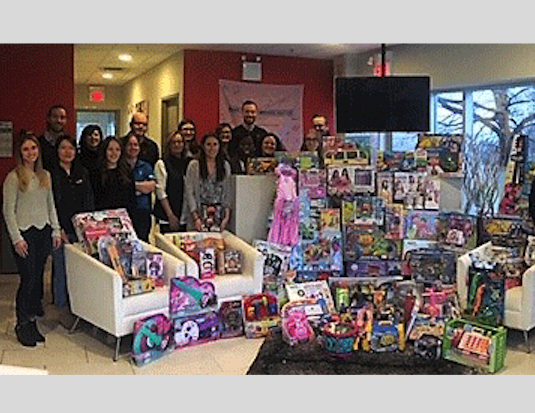 The gifts are being donated to Levine Children’s Hospital—Pediatric Pulmonary Care in Charlotte and Toronto Sick Kids Hospital in Toronto as part of CARSTAR’s ongoing support and commitment to supporting cystic fibrosis research, care and advocacy.

The CARSTAR and cystic fibrosis affiliation began when Victoria, granddaughter of Harry Belmont, previous CARSTAR Mississauga Hawkestone owner, received a cystic fibrosis diagnosis in 1997. At that time, the life expectancy of someone living with cystic fibrosis was just 30 years old.

These funds have been making a very significant impact—proof being that the life expectancy of someone living with cystic fibrosis is now 53.3 in Canada and 47 in the U.S.