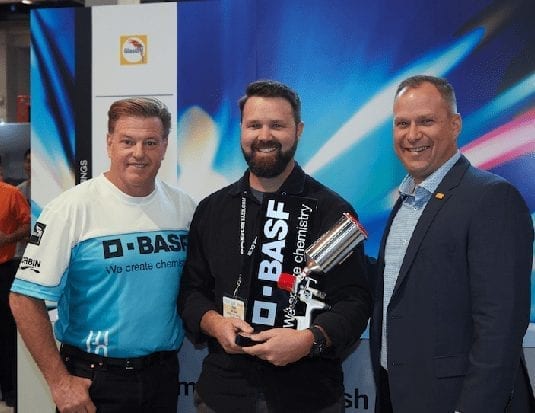 The panel addressed a number of timely issues, including the need for new technicians in the industry.

Lateiner said she believes the solution starts with “the way we present ourselves to the world and to the community. We also need to take the time to go out to schools, talk to guidance counsellors and to the students. Get them excited. We also need to speak to the parents, letting them know that this industry has great opportunities for their kids, because they might not know that.”

Foose thought SEMA could get involved as well. “It would be great if we could make Fridays at SEMA open to students,” he added.

The conversation turned to what the industry leaders on the panel look for when hiring new talent, and what they think it takes in order to succeed in the industry. Foose said he looks for people with passion, as opposed to talent. “When I’m looking to hire someone for the shop, I’m looking for somebody with passion. You can hire someone with talent, but if they don’t have the passion, they’re not going to give it 110 percent. But the people with passion are going to stay, and they’re going to learn, and they’re going to grow.”

Lateiner talked about the role of women in the industry, and admitted that her parents were not thrilled with her decision when she first made it. “A lot of people thought I should not be a technician, because it wasn’t the place for women—it’s too heavy, it’s too dirty—but the industry has changed a lot and there really isn’t anything too heavy for a woman to do.”

She recalled an employer once asking her how she dealt with heavy things, like transmissions, to which she answered, “I use a transmission jack, like everybody else.”

One of the highlights of the BASF presentation was the Glasurit Paint Award. This is an annual award, and for 2018 it began with 30 applicants, judged at SEMA by Foose, whittled down to three finalists, and a final winner.

Dan Bihlmeyer, Marketing Director for BASF Refinish in North America joined Chip Foose to announce the winner for 2018: Jesse Greening owner of the Greening Auto Company in Cullman, Alabama. He and his team painted a Maverick for a customer who had “doing 200 mph on an air strip” on his bucket list.