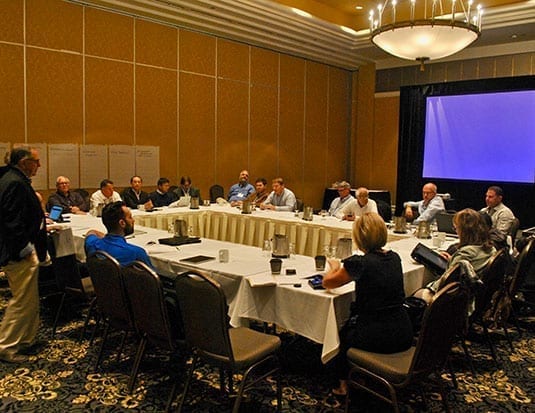 I was recently interviewed by a consultant to the French government. The consultant was conducting a formal international poll of how other countries get end-of-life vehicles into the legitimate industry’s hands as opposed to those of the unlicensed underground economy.

In France, they’ve used Authorized Treatment Facilities (ATFs) for the last decade or so. These are very regulated businesses, and they’ve been working with them to develop the right oversight and standards, but they’re still finding that the underground economy flourishes because the person who owns the car at the end of its life is making an economic decision—a legal ATF can pay a certain amount for a vehicle, but someone who cuts corners may be able to pay more for the vehicle.

In Canada, we’re a series of related provinces that essentially makes their own environmental rules. You can’t say that Canada as an entity has a specific way of dealing with auto recyclers, but we’re at the point where we are helping governments to identify what auto recycling is, who an auto recycler is, and what an auto recycler should be doing.

Each province is at a different step along that development scale, but there are common threads—namely our process of identifying an auto recycler, putting standards in place that a good business can and should meet and beginning to measure them against that target. It’s the first step that we have to take in order to get more vehicles properly processed at the end of their lives.

International conversations like these create an opportunity to reach out to our own government and let them know we’re talking globally about how we’re positioned in Canada. We think we’re on the right path, and we need to keep going down this route with more provinces. Hopefully, we can reach a point where there are enough authorized treatment facilities and licensed recyclers that we can communicate to consumers to take their car to a licensed auto recycler because there’s one in their neighbourhood.

The Canadian Auto Recyclers Environmental Code (CAREC) is the voluntary code of practice that the Association put in place about seven years ago to help bring in standards, and France was blown away that we had something voluntary happening ahead of the regulations, while they had to put regulations in place first.

And that’s where we are in Ontario, trying to put in place a sound regulatory model and make it work, and then working with other provinces to show them the benefits of having a regulated industry and knowing where these cars go.

Through events like the International Round Table that we hosted, we’ve been able to develop international connections in the industry. These events help to show the government that what we are proposing in Canada is not something revolutionary but something the rest of the world is already working on.

It was really interesting to hear that, “yes, you’re doing the right thing—keep doing it,” but also to keep reaching out to the rest of the world to find out where they are and what pitfalls they’re coming across. There’s a lot we have to learn on our own along the way, but we can share that knowledge with each other and get faster down the official lifecycle of how cars are properly treated.