Demand for Recycled Parts is Evolving 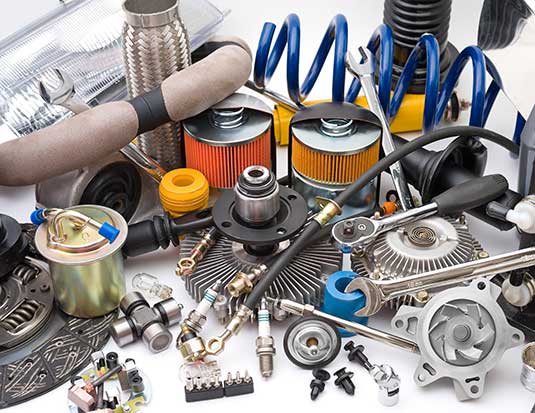 As vehicles and repair techniques become more complex, manufacturers are trending toward OEM certification to ensure proper techniques, data and tools are utilized.

For auto recyclers, the trend is double-sided. “It’s a real challenge because it’s almost impossible to find an OEM manufacturer who will talk kindly about recycled or salvaged parts,” says Steve Fletcher, Managing Director, Automotive Recyclers of Canada.

While this is cause for concern, there is room for opportunity in the ever-evolving parts that are coming off today’s cars.

“The amount of electronic components that are incorporated into cars these days is, on one hand, a huge opportunity for us, because those modules are something with not a lot of moving parts, they can be plucked off, and they are of very high value,” says Fletcher.

But often, those parts are tuned into the car electronically, and recyclers don’t have access to the data. Fletcher says he doesn’t think they’re selling as much as they could because these difficulties require the shop to understand what they can order from a recycler versus what they have to order from the dealership.

Fewer repairs, but fewer shops
Andrew MacDonald, the Owner of Maritime Auto Parts in Truro, Nova Scotia, says he thinks the market-wide demand for recycled parts is generally increasing, but there are also businesses shuttering their doors.

“It sounds very cliché to say this, but it’s not the same as it used to be,” he says. “We have to pay a lot more attention to what’s actually in demand and cycle our cars a little bit differently. If you’re not actively buying and actively cycling your inventory, then you’re not going to be able to be as profitable as you used to be.”

Which parts are most in demand is changing with technology. As cars get more complicated, parts become more valuable–a positive for the recyclers selling those parts, but coinciding with more cars becoming economic write-offs that are too expensive to reprogram and repair. With fewer cars to fix, fewer parts are sold.

“Some of these components are starting to change—but sometimes that makes the car economically irreparable on the collision side, so it’s kind of a Catch-22,” he says. “They don’t fix the car, and we don’t sell the parts. There’s a balance.”

“We have to pay a lot more attention to whats in demand and cycle our cars a little bit differently.”
Andrew MacDonald, Maritime Auto Parts and Corey Earl

Keeping up
Corey Earl, Operations Manager at Hotch’s Auto Parts near Belleville, Ont., stresses how important it is for recyclers to be aware of these technological advances and understand how they work. “We’ve gotten to the point now where a lot of vehicles basically have a 360-degree radar system, almost like an airplane, on board,” he says.

For this radar system to work, expensive sensors need to be situated near the external shell of the vehicle—making them susceptible to even the lightest parking lot damage. Understanding the value of these components is key to salvaging and selling more of them.

“Technological advances have always been very interesting to me, and how it relates to our industry and circles around is always something to keep an eye on,” says Earl. “It’s very easy to get left behind in old school-type thinking, which can hurt your bottom line and the industry as a whole if whole swaths of recyclers don’t realize the resources out there—it can be either a very lucrative time, or a very hard time for recyclers depending on how you look at it.”