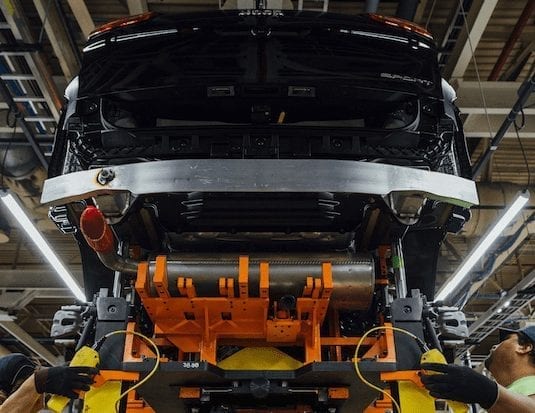 A recent report from Bloomberg indicates the Trump Administration is weighing the safety benefits provided by heavier vehicles.

The strategy is seen as part of the U.S. government’s view to consider lowering current Corporate Average Fuel Economy standards.

Documents obtained by Bloomberg indicate that the National Highway Traffic Safety Administration (NHTSA) is looking at the impact of lower fuel economy standards which could be reduced by as much as 23 percent.

The current CAFE regulations, which originally took effect for model year 2011, called for automakers selling cars and light trucks in the U.S. and Canada to achieve a fleet wide fuel economy average of 54.5 mpg (4.3L/100 km) by 2025.

These regulations have not been without controversy and have required automakers to make huge investments in technology and materials in order to meet fuel economy targets without incurring significant penalties. For the collision repair industry, this has significantly increased the cost of repairs and severity.

According to the documents obtained by Bloomberg, a possible benefit of lower standards and heavier vehicles would be a reduction in highway traffic deaths, which have been on the increase in recent years. Even if fuel economy targets were reduced from 46.6 mpg to 35.7 mpg, it is believed the reduction could see a decline in traffic fatalities by as much as 1,200 per year.

These documents are believed to be among the factors that NHTSA will be taking into consideration as it puts forward proposals for fuel economy targets for 2022-2025 model year vehicles.

A final decision regarding current CAFE regulations for model years 2022-2025 is expected from the Environmental Protection Agency on April 1, 2018.