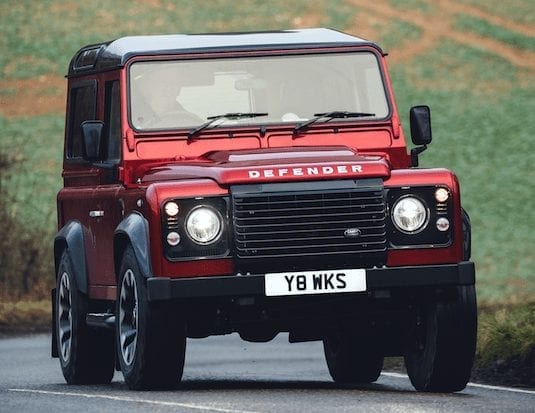 With the plethora of diesel emissions scandals emanating from OEMs over the last few years, there’s been the predictable level of outrage over how evil the automakers are for fostering inaccurate smog data on an unsuspecting public and that once deemed “clean” cars, are now demonic gross polluting conveyances that threaten the very air we breathe.

As a result, not only have we seen the likes of Volkswagen face staggering fines but the result has led to governments trying to either ban the sale of diesel cars or heavily taxing them to make ownership simply uneconomical.

The problem, is that while automakers did provide inaccurate data about emissions levels, the issue of them struggling to meet targets stems to government requirements that have and are proving exceedingly difficult to meet.

The drastic alteration in vehicle design and engineering we’ve seen since 2011 is not being driven by consumer preferences but by fear of automakers receiving huge fines if they aren’t able to meet a specific fuel economy and emissions target by a certain year.

In wake of the diesel scandals, a number of countries have now declared they want to ban the sale of fossil fuel powered vehicles entirely in the coming years, including the likes of China, the UK, France, Norway and India.

Granted, the growth in automobile use in countries like China and India poses a significant problem and current air quality in those nations is at an all-time low, so any measures to either curb vehicle use or look at cleaner solutions is welcome. The governments of both nations are looking at proposals to curb emissions and India has set a deadline to sell only electric cars by 2030.

India’s proposal is a very, very ambitious target—2030 is only 12 years away and there’s a real possibility that it simply won’t be achievable. The Indian government has said it will financially support the incentive for up to three years but after that after that the move to EVs will be driven by demand. Yes, India needs to tackle the issue of air pollution, which according to a report by Greenpeace kills 1.2 million people every year and costs the national economy around 3 percent of GDP.

The trouble is, where are all these EV buyers going to come from and how will the country be able to develop a sufficient charging and infrastructure network in such a short time? Furthermore, how will enough energy be generated to power the grid network to provide for all these cars, especially in a country that is still developing and facing significant infrastructure challenges?

On the other side of the world, the UK has also set a hard deadline—the government declaring to ban the sale of gasoline and diesel cars by 2040.

In the UK, the automotive industry is a sizeable player, supporting over 800,000 jobs. And, with over 2.5 million new vehicles registered annually, the UK is the second largest market for new car sales in Western Europe, behind Germany. And of that 2.5 million, only around 3 percent are EVs or hybrids.

And with many consumers still wary over the cost and operating range of EVs, how do you turn that perception—not to mention miniscule sales volume—into 100 percent of vehicle demand in just 22 years?

Even those automakers that are pushing towards a more electrified future, such as Jaguar Land Rover and Volvo, represent niche markets and only a small percentage of overall volume.

In fact, during an interview with CNN Money last year, Andy Palmer, CEO of British luxury car maker Aston Martin, likened the UK government’s plans to a moonshot and said that “to make a moonshot work, you need NASA.”

The fact is, without the proper investment, such a proposal by the UK government could cause a very significant number of jobs to leave the country, which given the economic issues the country faces surrounding Brexit, could not likely come at a worse time.

There’s no question that cleaner air, lower emissions and reduction on fossil fuels are a worthy gain but there needs to be a realistic and practical timeframe for it to work properly. And declaring large scale bans at specific dates isn’t the way to go about it.

From our industry perspective then, what does this all mean? Essentially that media hype and political rhetoric regarding EVs should be taken with a very big pinch of salt.

Actual investment in training and technology to repair electrified vehicles at the collision shop level must be weighed against the number of customers that actually drive them. Use data analysis to determine the number of electrified vehicles being sold in your catchment area (new and used) and the frequency of them coming into the shop on a monthly and annual basis, then compare that data to previous years.

It’s be said many times before that in this world that the only thing that really exists are lies, damn lies and statistics.