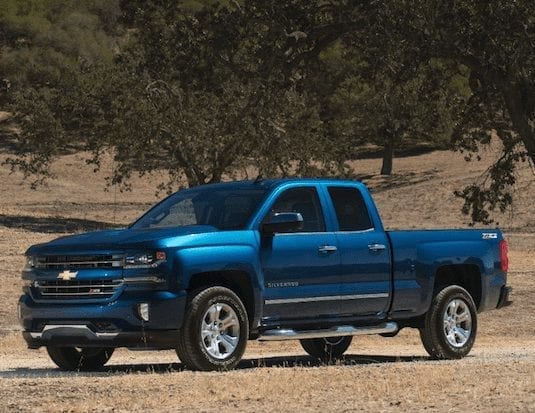 When Ford launched its aluminum bodied F-150, General Motors emphasized the robustness of its steel trucks.

Yet, with Corporate Average Fuel Economy standards calling for a fleet average 54.5 miles per gallon U.S. (4.3 L/100 km) by 2025, it was only a matter of time before the General made concessions to saving weight.

Now, a report released by the Wall Street Journal says that the next generation of full-size trucks, due next year, could ultimately be equipped with carbon fibre boxes, at least on higher trim levels.

GM’s new trucks are also likely to feature aluminum doors as well as a high-strength-steel cab structure, but will retain the traditional steel frame and V6 and V8 engine options.

Adding carbon fibre could significantly increase the sticker price of the Chevy Silverado and GMC Sierra as well as making them significantly more complicated to manufacture and repair following a collision. The latter could make things even more challenging for collision shops who are already having to contend with growing complexity and cost for repairing even mainstream vehicles.

More details are expected to be announced on the 2019 Chevy Silverado and GMC Sierra in the coming months.