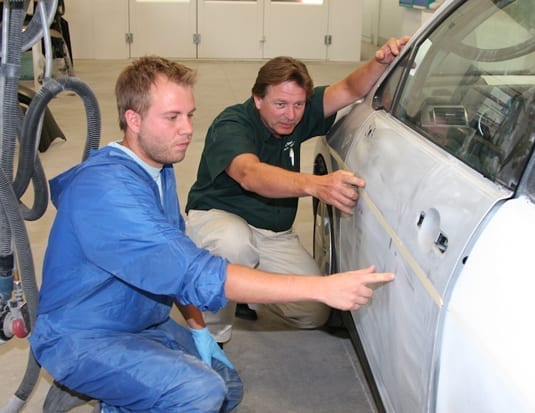 According to Collision Industry Information Assistance (CIIA), most of these changes should have a positive impact on the collision industry.

Reducing the rate of corporate income tax for small business is always helpful and the Minister decreased the tax rate from 4.5 percent to 3.5 percent, one of the lowest rates in developed countries.

The government also announced an investment of $124 million over three years for businesses with less than 100 employees to help hire young workers between the ages of 15 to 29 years.

A thousand dollars would be paid to the employer on hiring and a further $1000 at the six-month employment marker to encourage retention.

A major change, and one that CIIA had been actively requesting at Apprenticeship Modernization meetings, is the change to the Apprenticeship Training Tax Credit (ATTC). For those employers, who have current apprentices and are receiving ATTC, that will continue and the Employer Completion Bonus will be paid.

For any new apprentices for Autobody and Collision Damage Repair, Automotive Painter or Autobody Repair registered with the Ontario College of Trades after Nov. 14, 2017 a new payment grant program will start and any employer registering an apprentice will be automatically assessed for grant eligibility.

The new program called Graduated Apprenticeship Grant for Employers (GAGE) will start on that date.  This program provides for up to $15,200 in payments to the shop, but the apprentice must complete apprenticeship classes as required. (in the past shops received grants, but often did not send their apprentices to school as required so may apprentices were never schooled or properly trained.) The government however, did not raise the funding limit back to the higher amounts that were in effect up to 2014.

A further $500 will be paid over and above these funding levels for each step if the apprentice is a female, or a member of an under-represented group.  Further incentives will be reviewed at a later date-based on demand from employers.

“The largest challenge for the collision repair industry has always been that although we have a significant increase in numbers of apprentices, almost 70 percent in early years, did not attend class. This is a step to provide incentives to better obligate employers to send apprentices to class to become better trained and ready to competently and professionally work on newer vehicles in your repair shop, ” said John Norris of CIIA.