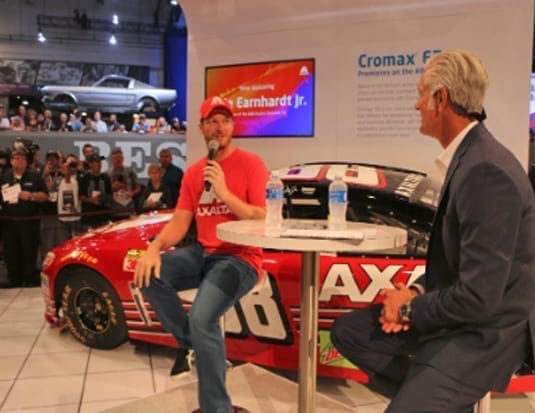 The occasion was marked by the debut of Axalta’s Cromax EZ finish on Earnhardt’s #88 Chevrolet, which will be emblazoned with the new livery during his final outing as a full time NASCAR Cup Series Driver at Homestead-Miami Speedway on November 19.

During an exclusive interview at Axalta’s booth display (located in the Central Hall of the Las Vegas Convention Center), during the SEMA Show on November 2; Earnhardt shared with an attentive audience why he embarked on a career in auto racing, what most inspires him and what he will miss after hanging up his gloves for the last time as a regular Cup Series Driver at the end of this season.

In the interview, Earnhardt talked about the special relationship established with Hendrick Motorsports over the years.

“The relationship I have with my team…all those guys that work on our car—we’re like a big group of brothers and I’ve been working with a lot of these guys for many years! There’s such a sense of brotherhood and camaraderie there that I’ll miss a lot. We’re part of each other’s lives.”

Earnhardt also talked about what’s next for him, including the option of becoming a commentator for the sport. “I talked to NASCAR and I wanted to continue to be part of the sport…be a part of its future,” he said. “ I care a lot about the health of the sport and where it’s going.” He added, “being able to sign with NBC and be in the booth for the second half of the season next year gives me the opportunity to stay involved, and have a purpose, I’m excited about that challenge.”

Following the interview, Earnhardt hosted a special meet and greet at the Axalta booth for 150 lucky fans. 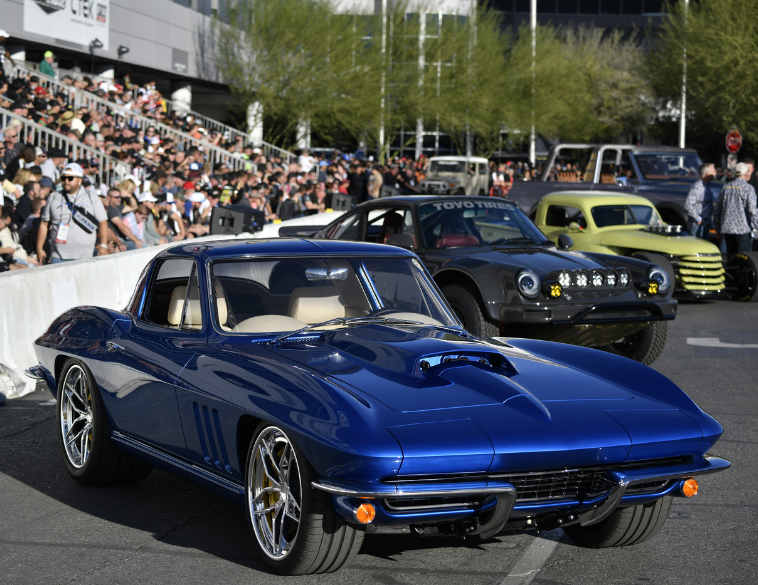