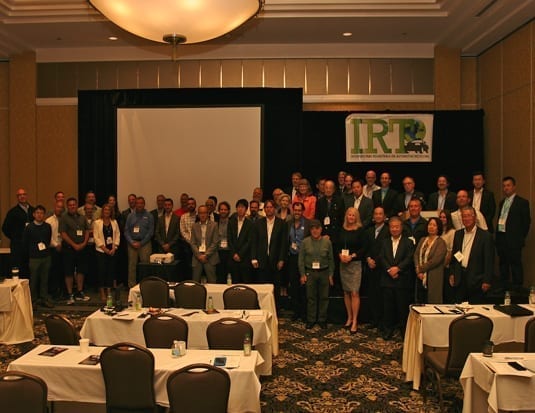 Industry Professionals from across the globe gathered in Niagara Falls, Ont., for the industry’s 2017 International Round Table on Automotive Recycling.

Hosted at the Hilton Niagara Falls hotel and conference centre, this was a rare opportunity for delegates from different countries to get an up close look at auto recycling in Canada, as well as share practices and ideas.

The event began with an afternoon tour of two recycling operations in the local area, Thorold Auto Parts and Millers Auto Recycling. Following a welcome cocktail reception on September 6, the seminars began in earnest the following morning.

The sessions included country reports from Japan, the U.S. and Australia during the morning. What was interesting is that despite significant cultural differences and geographical challenges, many countries face similar issues such as the proper disposal and depolluting of end of life vehicles, as well as looking for efficient ways in managing parts inventories and the ability to share data, plus tackling the growing complexity of modern vehicles.

Following a network luncheon in a spectacular setting at the Watermark restaurant overlooking Niagara Falls itself, the afternoon sessions focused on industry reports from Canada, India and the United Kingdom. These sessions highlighted the growing level of collaboration between the recycling industry and government regulators in this country, as well as the challenges facing a growing number of vehicles in circulation in India and the need for larger scale recycling operations to cope with the surging demand for ELV disposal.

In the UK, a new Code of Practice that includes amendments to categories of recycled vehicles has been introduced while progress continues to develop a British Standard for green recycled parts that could have implications in other countries.

Two really interesting reports focused on the amazing progress made through Scout Environmental’s Tundra Takeback initiative, which has developed successful strategies for removing ELVs from Canada’s far north and also the growing issue of false media reporting and advertising campaigns that are painting used, recycled auto parts in a negative light across North America, with possible serious implications for the industry if left unchallenged.

Other highlights included a Thursday evening banquet and live entertainment courtesy of the White Pine Dancers, giving both local and international delegates a taste of Canada’s proud First Nations traditions.