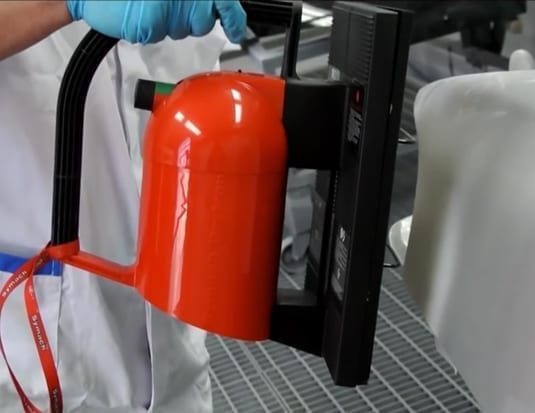 Since its official Opening in March 2017, it has been a busy period full of interesting activities for Symach’s Future Center in Bologna, Italy.

The facility has been regularly used as a Research Center by a growing number of refinish suppliers, including AkzoNobel, BASF and Sherwin-Williams. Each company has used the facility to test their products using Symach’s state-of-the art equipment.

Back in March, Symach held a Grand Opening at its Future Center in cooperation with Akzo Nobel, aimed to introduce Symach’s DryTronic technology to Akzo Nobel’s Canadian customers. This has since proved hugely positive, with many customers extremely impressed with Symach’s refinish technology, which continues to expand within the Canadian collision repair market.

Beginning in August, Sherwin-Williams dispatched a group of engineers from the U.S., (Training Center Manager Michael Pellett, plus Drew Kirkland, Bill Quinones and Bill Papczun from different locations to test their company’s products on Symach’s DryTronic system. During the review, DryTronic technology met each standard required by Sherwin-Williams to optimize the use of the company’s products on Symach equipment.