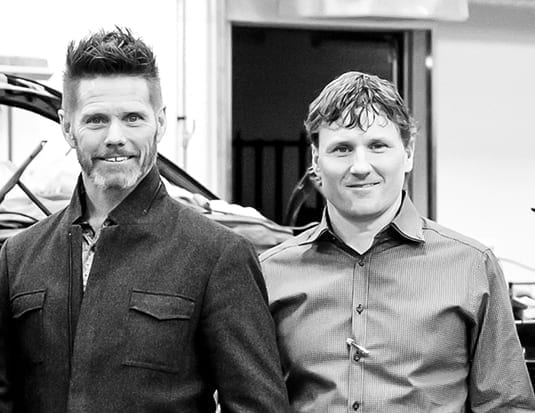 “This is another milestone for Fix Auto and a testament to successful business partnerships like the one now shared by Mike Davis and Dave Miller,” said Polito. “We are very pleased to have the Fix Auto brand associated with these two gentlemen, whose values of integrity, reliability and superior customer service so accurately reflect our own corporate values.”

Fix Auto Airdrie opened under the ownership of Mike Davis in June 2016. Shortly thereafter, Davis and Miller joined business forces and took on the challenge of bringing a greatly expanded Fix Auto enterprise to this growing market.

“This isn’t my first business partnership with Dave (Miller),” noted co-owner/operator Mike Davis. “Our partnership extends to locations in Calgary and Lethbridge as well as Airdrie. It’s a formula that works and we both feel that Airdrie is a community worth the investment.”

Mike Davis added: “We are passionate about our industry, take pride in our work, and are proud to support the community and people who live and work here. It’s those values that have made our partnership under the banner of Davis Auto Group such a success.”