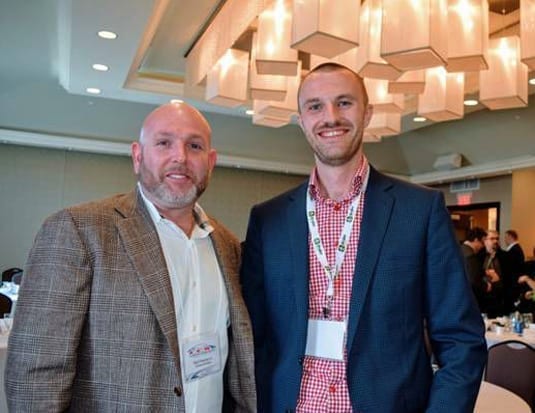 Skills Canada has announced that the Sam Piercey Foundation has agreed to award financial assistance to each of the four winners of the 2017 National Skills Competitions for automotive paint and body repairs.

The winners of the Sam Piercey Foundation’s first annual bursaries are as follows:

Each of the winners of the 2017 Skills Canada competition for automotive paint and body repair will receive a bursary of $800 on behalf of the Sam Piercey Foundation.

“We would like to thank the foundation for this generous contribution” says Shaun Thorson, CEO, Skills/Compétences Canada. “It’s with contributions like this that we continue to encourage and reinforce the passion young Canadians have for skilled trades careers.”

Sam Piercey, co-owner of Budds’ Collision in Oakville, Ont., passed away on July 24, 2016 as a result of complications arising due to leukemia. Piercey was well-known in the industry for his strong opinions and his willingness to voice them. He was also widely known for his willingness to mentor young technicians and shop owners, helping them to understand the collision repair industry.

In his memory and as a part of his continuing legacy, the Sam Piercey Foundation was established by the Budds’ Group of Companies and officially launched on December 16th, 2017 at The Budds’ Collision Annual Christmas Pig Roast. The Foundation aims to provide annual scholarships and/or funding for students studying or competing in collision and paint repair across Canada on an annual basis.

“Sam would be extremely proud of this endowment and the legacy it will leave. He was a ‘one of the kind’ champion for the collision repair industry,” says Terry Budd, one of the principals at the Budd’s Group.

The Sam Piercey Foundation has partnered with Skills Canada to recognize students who are competing nationally in body repair and paint competitions. Winning students will be provided with the bursary to be utilized for tuition and other recognized post-secondary courses in the collison and paint industry. Budds’ has committed to funding the first five years of recipients’ awards as the Foundation continues to grow.

Sam Piercey Jr. explains, “we’re starting with Skills Canada at the national level but we would like to award winners at the regional level in the future depending on the funding the foundation receives.”

Sam Piercey Jr. and his business partners with Canadian Hail Repair have committed to managing all of the operating expenses and activities of the Foundation for the time being.

Donations and commitments can be made online by visiting theocf.org and click DONATE NOW. This will take you directly to Canada Helps, a secure payment platform for online donations.

In the Fund drop-down menu, choose Sam Piercey Foundation (a fund established by Budds’ Group of Companies). Follow the prompts to finish the donation.

An acknowledgement and tax receipt will be emailed to the donor immediately after making the donation.