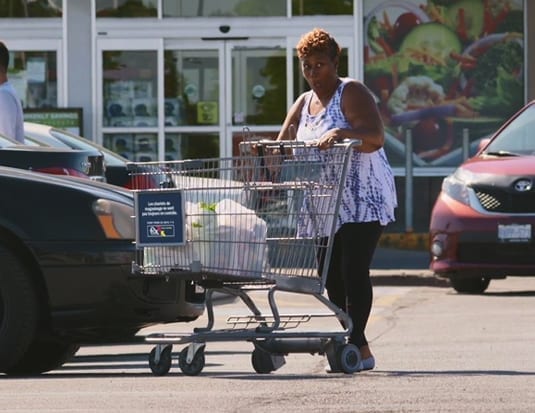 Fix Auto embarked on a hidden camera stunt as a social experiment to see how people would react to a rogue shopping cart in a suburban grocery store parking lot headed toward parked cars.

The day was sunny and warm, like any other, but soon to take an unexpected twist.  Cameras began rolling as the seemingly self-directed shopping cart took on a life of its own surprising passersby.

Would people’s first instinct be to step back and watch the cart almost hit and dent vehicles?  Or on the contrary, would people intervene and try to stop the cart by all means?

“We weren’t sure how people would respond,” said Zalec. “It was as amusing to watch the reactions as it was for the participants when they were filled in on the situation.  Every person had a laugh and all were delighted to be part of the stunt.”

One of the unsuspecting bystanders commented with a chuckle, “The cart seemed to have its own personality as it followed and spun around me.  I couldn’t believe it!  I even saw it helping a few people deliver groceries to their cars!”  The video captured real, unscripted and genuine reactions.

At the end of the day, the goodwill, kindness and tenacity of strangers prevailed.  “Our Fix Auto shopping cart experiment reinforces people’s willingness to get involved to protect strangers’ cars,” said Zalec. “People are pretty awesome!”

The video is designed to illustrate that even in situations where a rogue shopping cart goes awry or another mishap occurs without heroes around, Fix Auto can be relied upon for superior collision repair service.