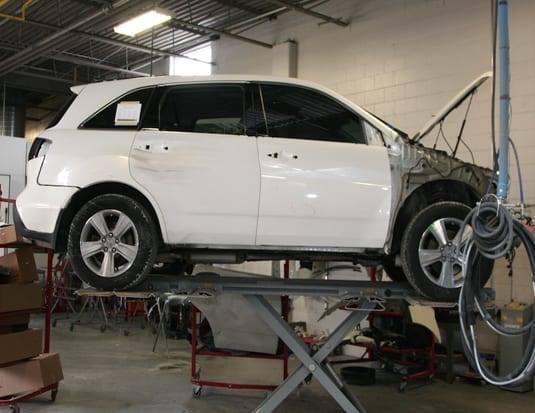 According to Hexa Research, the global automotive collision repair market is expected to reach USD 206.46 billion by 2025, driven by a surge in automobile production, digitalization of automobile repair services and advances in manufacturing technology such as 3D printing of automotive parts to optimize costs.

In 2016, Europe was the largest market accounting for 44.9 percent of the revenue share. Europe however, is expected to lose its share over the forecast period on account of increase in trade barriers created by Brexit.

The increase in demand for vehicles driven by improvement in lifestyle in developing countries such as India and Brazil is expected to drive the growth of the market. Asia Pacific is anticipated to witness the fastest growth over the forecast period at a CAGR of 3.7 percent on account of increase in production and sale of automobiles and rising living standard. The increase in the number of vehicles on the road in countries such as China and India is expected to drive growth.

The automobile industry is expected to grow on account of increasing demand for passenger cars. Increasing number of accidents due to the lack of proper infrastructure is projected to drive the demand for spare parts and other special tools. The collision repair market is expected to grow at a CAGR of 2.5 percent from 2017 to 2025. The requirement of quick turnaround time for replacement of parts is likely to be an opportunity for growth of the market.

Companies are investing extensively in R&D to enhance technology. For instance, in July 2016, BASF announced plans to step up its R&D activities for automotive coatings to a new world-class platform at the BASF Innovation Campus Asia Pacific in Shanghai, China.

In addition to this companies are adopting the strategy of merger & acquisition. In February 2016, 3M Automotive Aftermarket Division collaborated with the German-based Tool Technic Systems AG & Co. KG to provide the collision repair industry a comprehensive surface preparation and finishing system. The new system is expected to launch in US and Canada impacting the growth of the market in North America.

In September 2016, BASF acquired Guangdong Yinfan Chemistry, China. This acquisition resulted in an addition of Yinfan’s products to BASF’s portfolio and enabled BASF to expand its portfolio in Asia Pacific.