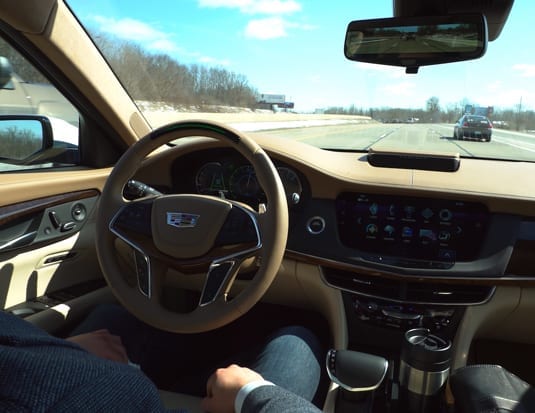 Talk about self-driving cars being available from 2020 has been bandied about on websites, blogs and various media publications across the globe.

There’s no question the technology is there to make a vehicle drive itself, at least under certain conditions—witness Cadillac’s Super Cruise—yet the concept of a fully autonomous vehicles is arguably a lot more difficult to put into practice than many might think.

But there are other factors that could very much delay if not derail the process. The first is developing technology that can withstand different climatic conditions. Testing AV technology is all well and good in sunny, temperate Southern California, but how can a car drive itself in a Great Lakes snowstorm, or during torrential downpours? Additionally, the software is only as good as those that program it, so the idea of having something like a self-driving school bus is more than a little scary in many quarters.

Granted, there are places where autonomous vehicle technology absolutely has benefits. Good examples include automated spotter trucks at shipping terminals, automated farm machinery in giant fields and perhaps official vehicles at airports—environments where simple routes and an absence of traffic allow such efficiencies to be fully realized.

Yet when you start adding the complexities of regular traffic driving, everything from changing construction zones to busy pedestrian intersections, cyclists, traffic jams and changing weather, the ability to develop a workable autonomous vehicle strategy becomes decidedly more complex.

There also another factor to consider, one that perhaps not many tech gurus have really thought about—the public backlash stemming from widespread job losses. When you consider that in the U.S. alone there are 3.5 million* truck drivers, over 1 million professional bus drivers not to mention millions of taxi, ride share and delivery drivers that cover everything from package delivery services to small local businesses and the numbers start to reach staggering proportions.

And when big numbers are involved, the potential economic impact becomes a political hot button. Many of us remember the dark days of 2008-09 when certain companies were deemed “too big to fail,” simply because by doing so, the economic costs associated with mass job losses would be catastrophic.

Given the potential disruptions autonomous vehicles could create, everything from eliminating driving jobs, to fewer individual collisions and insurance claims, plus the dangers of mass fatalities resulting from hacked or malfunctioning software—not to mention the staggering cost of creating a workable infrastructure solution and it becomes very likely that if, autonomous vehicle technology succeeds at all, it will likely do so in a manner that’s far from what many tech advocates might currently have us believe.