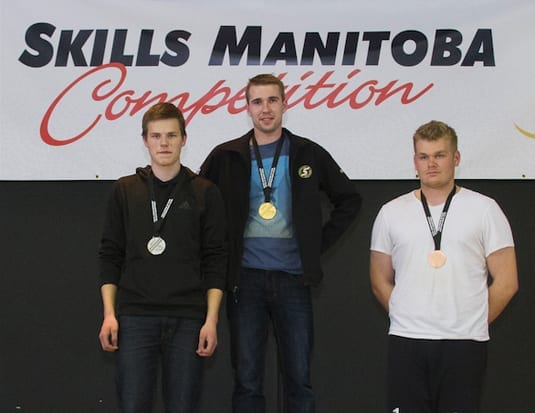 The 20th annual Skills Manitoba Competition was held at the Notre Dame and Centre campuses of Red River College on April 13, 2017.

Almost 500 students and apprentices competed in 42 different categories of skilled trades and technologies.

The gold medalists in the Manitoba Skills Competition will join winners from other provinces to compete in the Skills Canada National Competition at the RBC Convention Centre in Winnipeg, Manitoba from May 31 to June 4.