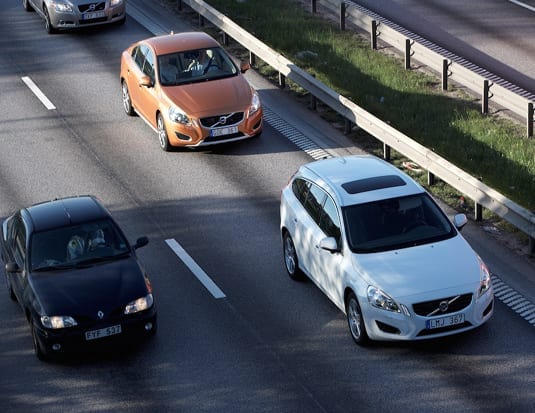 Why common sense, not technology is the real catalyst to improve road conditions.

I recently read an article about the U.S. Department of Transportation seeking to mandate Vehicle to Vehicle (V2V) communications in all passenger cars and light trucks.

The idea; is that by allowing cars to share information, regarding driving conditions, traffic, collisions and other on road situations, the potential is there to reduce traffic congestion, improve road and travel efficiency as well as save lives.

In theory it’s a good idea, but I think proposing a rule that mandates V2V technology on all new vehicles is not.

Since the early 1970s, federal regulators in the U.S. have taken an ever more active role in the auto industry. Early examples of mandated regulations included the introduction of emissions equipment on all cars and light trucks, the introduction of 5 mph (8 km/h) safety bumpers, interlocking seatbelts, vehicle ride height standards, and as things progressed, more advanced features such as air bags, stability control and most recently rear back up cameras.

While there’s no question that making vehicles safer, less polluting and more efficient is a laudable endeavour, I can’t help but wonder if government is going too far.

The trouble is, that with more and more technology being placed into cars and trucks, particularly when it relates to safety and driver assist features, the less and less responsibility is placed upon the individual behind the wheel. As a society, we seem hell bent on creating a mobility world where everything is done for us, and essentially eschews us of having any sense of collective responsibility.

Trials with driverless vehicles are seen by the mass media of creating an environment where we can text or scroll on our mobile devices, read a magazine, brush our teeth, in other words, doing just about anything that doesn’t involve focusing on the task at hand—driving or observing the immediate environment around us.

History has shown that when societies start to remove the idea of collective responsibility, they start to come apart, since with more focus on the individual, the fabric that built the society in the first place can no longer hold together since you have too many individuals looking after their own self interests which tend conflict with each other.

For the last century, the concept of motoring is based on the idea that each of us that owns and operates a vehicle has an understanding that we are but a small part of a giant mobility eco system, and that by providing licensing and testing, we achieve a standard that allows us the privilege of personal mobility.

It appears to me that what the DOT is trying to do; is to take away that responsibility by mandating an increasing number of technologies that many of us don’t need and possibly don’t actually want.

If the government had really been serious about wanting to reduce collisions and traffic problems effectively, it should have—as the auto industry and road infrastructure evolved—taken steps to improve driver training, awareness and education. Doing so would have cost taxpayers and industry far less money, made cars more affordable and practical and would have helped strengthen the concept of collective responsibility as well as improve safety and efficiency. Evidence shows that many traffic bottlenecks and collisions are caused by drivers failing to take into account other road users around them.

There’s no doubt that advanced technology has the potential to save lives and certainly help those who struggle with mobility, including children, the elderly and people with disabilities. Yet I think that blanketing society by mandating increased automation into the vehicle process and placing complete faith in such technology is not the way to do it.