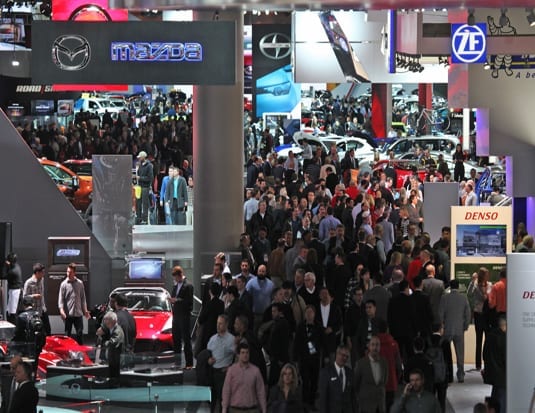 Sika Automotive has announced it will be a sponsor of the 2017 North American International Auto Show, January 9-22, at Cobo Center, in Detroit, Mich.

As part of its involvement with NAIAS 2017 as a hospitality sponsor, Sika will also be holding an exclusive invitation-only customer event, concurrent with Industry Preview Day on January 11.“Sika Innovations 2017” will feature industry-leading technologies used for automotive sealing, bonding, damping and reinforcing applications, as well as overviews of current and future technology paths to vehicle light-weighting and mixed-material bonding. Sika products and expertise are seen as significant to the assembly and performance of Lighter, Stronger, Safer, Quieter and Greener vehicles.

“Sika is excited to return to the North American International Auto Show for the third consecutive year as a hospitality sponsor”, said Greg Moran, Head of Global Automotive Marketing for Sika. “NAIAS is an excellent forum to launch our latest and greatest adhesive, sealant, acoustic and reinforcement performance enhancement contributions to the Automotive sector, alongside the many new vehicle model releases that benefit from Sika technologies.”