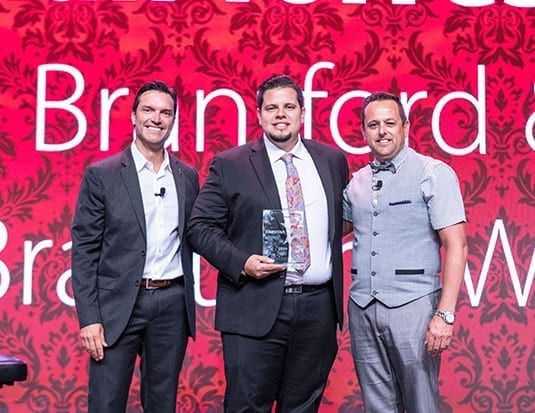 CARSTAR honoured its top-performing Canadian and U.S. franchise partners of the year at its Acceleration Conference held at Chicago this month.

Recognized for their leadership and success throughout the network, the awards were presented on July 11 and 12.

Canadian General Manager Jeff Labanovich and Arlo Johnson, General Manager for the U.S. presented the awards for Customer Experience and Top Cycle Time. The winners also had the opportunity to participate in a panel discussion to share their strategies for success in these areas, before being surprised with the awards on July 11.

The award winners are as follows:

Several awards were given away on July 12, the last day of the conference.

Patrice Magnan of CARSTAR Group Magnan in Quebec received the Rookie of the Year award. According to the network, Magnan received the recognition for working with CARSTAR values from the moment he joined the network. Aligned with the CARSTAR EDGE Performance Platform goals, his focus on his KPIs have enabled him to succeed and have also helped in making him and his five locations a perfect fit within the network. Jason Wong, owner of CARSTAR Auto World, won the award from the U.S. side.

Sebastien Torres from the Torcam Group in Canada was the winner of the Next Generation award. He was recognized for aiding his family in achieving their lifelong goal of owning their own locations at the beginning of this year. Having driven forward the idea of performance accelerating growth, he has played a key role in the overall success of the operations. Nathan Muller, owner of CARSTAR Maryville, was the U.S. recipient of the award.

Canadian Mark Kharfan, owner of the Kharfan Group was given the Ironman Award for operating nine CARSTAR locations and managing over 100 employees. The network states that Kharfan was one of the first to integrate a 45,000 square foot production facility into his operations, besides mastering the concept of load-levelling at an early stage. His operational success is equally evident throughout his stores. The award was present to Lou Scola, owner of CARSTAR Scola in Chicago for the U.S. side.

CARSTAR also presented the President’s Awards to the top franchise partners from both countries for their distinguished service and outstanding leadership within the CARSTAR family this year. As per CARSTAR’s most important KPIs, these partners also have the highest metrics.

The Canadian winners are listed below:

Gerald Wicklund, owner of CARSTAR Wicklund won the special 30th anniversary Genesis Award, being the first store to join the network in the U.S. in 1989.

Johnny Kloeches, owner of CARSTAR Edmonton SE, CARSTAR Ellerslie, CARSTAR Express Edmonton South, CARSTAR Edmonton Gateway, CARSTAR Leduc North, and CARSTAR Edmonton Mayfield, won the Marketer of the Year award in Canada. Popularly known as Johnny K, he invested in growing his digital presence throughout the past year through an extra paid search program, becoming the first franchise partner in Canada to be involved in improving this corporate-led initiative. He has also actively led fundraising activities for cystic fibrosis by hosting car washes and ball hockey tournaments. He also joined forces with other franchise partners in the area to host a charity golf tournament. From the U.S., the award was presented to Paul Edgecomb, owner of CARSTAR Champion in New Jersey.

The network also presented Years of Service awards to the franchise partners who have completed 5, 10, 15, 20, 25 and 30 years of being a part of the CARSTAR family. 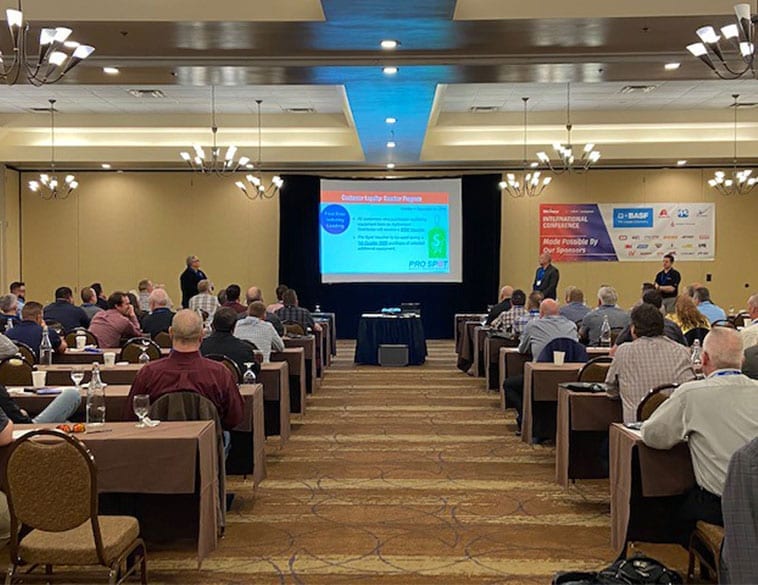