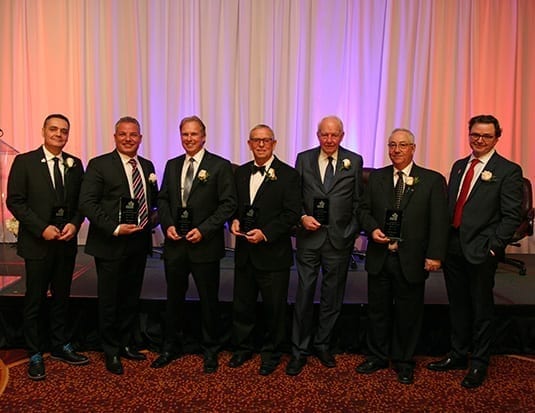 Two decades on, CCIF Toronto has become a must-attend event on the industry calendar.

As the crowds gathered in Toronto, it was almost hard to imagine that it had been 20 years since the very first CCIF event was held.

With 2019 representing a very special year for the Canadian Collision Industry Forum, this year’s Toronto event was a truly special occasion.

Patrice Marcil addressed attendees, noting how far both the forum and the collision repair industry has come since then. “We’re in a good spot, here in Canada,” he said. Marcil discussed how connected vehicles are changing the game and how the industry is becoming increasingly global in scope, no matter which country you happen to be based in.

He noted that complexity and profitability are challenging for every stakeholder and that “what brought us here, won’t bring us there”—a reference to the future.

And a key part of the future is having the right people. Marcil delivered an update on the the Collision Education Industry Connection which is designed to provide a platform and resources to develop the next generation of industry professionals.

CEIC has identified four key areas of focus, namely seven key roles people perform within a collision centre, along with training resources such as instructor development at schools and technical colleges, equipment and resources, plus retention strategies within the collision repair workforce.

Marcil noted that a big challenge, is a lack of consistency in terms of training and resources available across the country, with some institutions far better equipped than others.

He also praised the efforts of Mary Mahoney at Enterprise Holdings, along with Sophie Pepin Melina Tessier and Audrey Charbonneau at Fix Auto for steering last year’s CEIC video project. “In just three months, the videos were done,” he said. “This project was proof that when you believe in something, you can make it happen.” The videos are aimed at young people, showing them the opportunities on offer in this industry and can be branded for specific companies or businesses.

Marcil also provided an update on results from CEIC surveys and noted that the number one reason young people want a career in the collision repair industry, without exception, is “a passion for cars.”

Another major highlight of the Toronto event included a panel discussion that focused on Accrediation and Certification. It was moderated by Brad Mewes of Supplement and featured Flavio Battilana from CSN Collision Centres; Jeff Labanovich from CARSTAR; Andrew Neufeld from Fix Automotive Network; Paul Prochilo from Simplicity Car Care and Peter Sziklai from Tsawwassen Collision.

This topic continues to be at the forefront of industry discussions, though at present, how things will ultimately play out remains to be seen. Each of the panelists agreed that an accreditation process should be the benchmark for being in business as repairers but beyond that, choosing which OEM certification programs to go with largely depends on the amount the shop is willing to invest and the frequency of those types of vehicles it is likely to see.

There was also a consensus that as vehicle technology continues to advance, greater specialization for shops, such as choosing a select number of vehicle brands to repair might be the most effective way forward, unless the industry can work to find a solution in terms of equipment and training initiatives that are acceptable for repairing the vast majority of vehicles on the road.

Another key message that each of the panelists reiterated, that when it comes to certification programs, shops need to make careful, calculated decisions about which programs to invest in. There have been cases, where shops have made a commitment to a certain vehicle or program—one that requires specialist equipment and repair procedures, only for the OEM to end production of that vehicle.

Ryan Mandell, Director, Performance Consulting, Mitchell International provided an overview of the impact electrified vehicles are expected to have on the collision industry in the coming years.

Mandell noted that in Canada, sales of EVs doubled between 2016 and 2017, and that with more automakers looking to eliminate purely internal combustion engine powered vehicles from their lineups that number is set to increase, with some predictions that EVs will make up 33 percent of global vehicle sales by 2040.

When it comes to repairs, Mandell noted that there are additional cost considerations for shops to be aware of, not only working with high-voltage electrical systems but the fact that in order to compensate for the still heavy battery systems, automakers are using more advanced construction techniques and lighter materials, meaning repair cost and complexity is generally higher than for conventional cars.

“This contributes to the cost to repair,” he said. “And as EVs become more prominent in the market, this is something we need to be aware of in terms of how to insure and underwrite these vehicles.”

Jason Bartenen, Director, Industry Technical Relations for I-CAR in the U.S., discussed Advanced Driver Assistance Systems (ADAS) and how to properly calibrate them before, during and after the repair process. Bartenen noted that if systems such as 360-degree cameras aren’t properly calibrated, it can result in a gap in coverage and on other systems such as lane keep assist and adaptive cruise control, correct calibration and alignment is a key safety factor. “Misaligned cameras can have a dangerous impact on our customers,” he said.

Krysztof Czarnecki, from the University of Waterloo, gave a fascinating insight into some of the developments around autonomous vehicle technology including some of the very significant challenges facing their development for real world use. He talked about the need for detailed HD maps to make these systems work effectively along with other key factors such as “acceptable” safety risks and cost considerations. 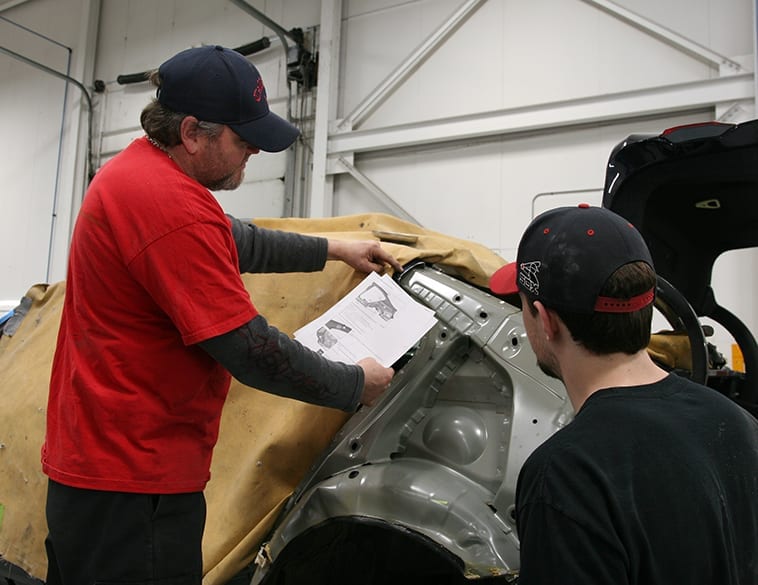